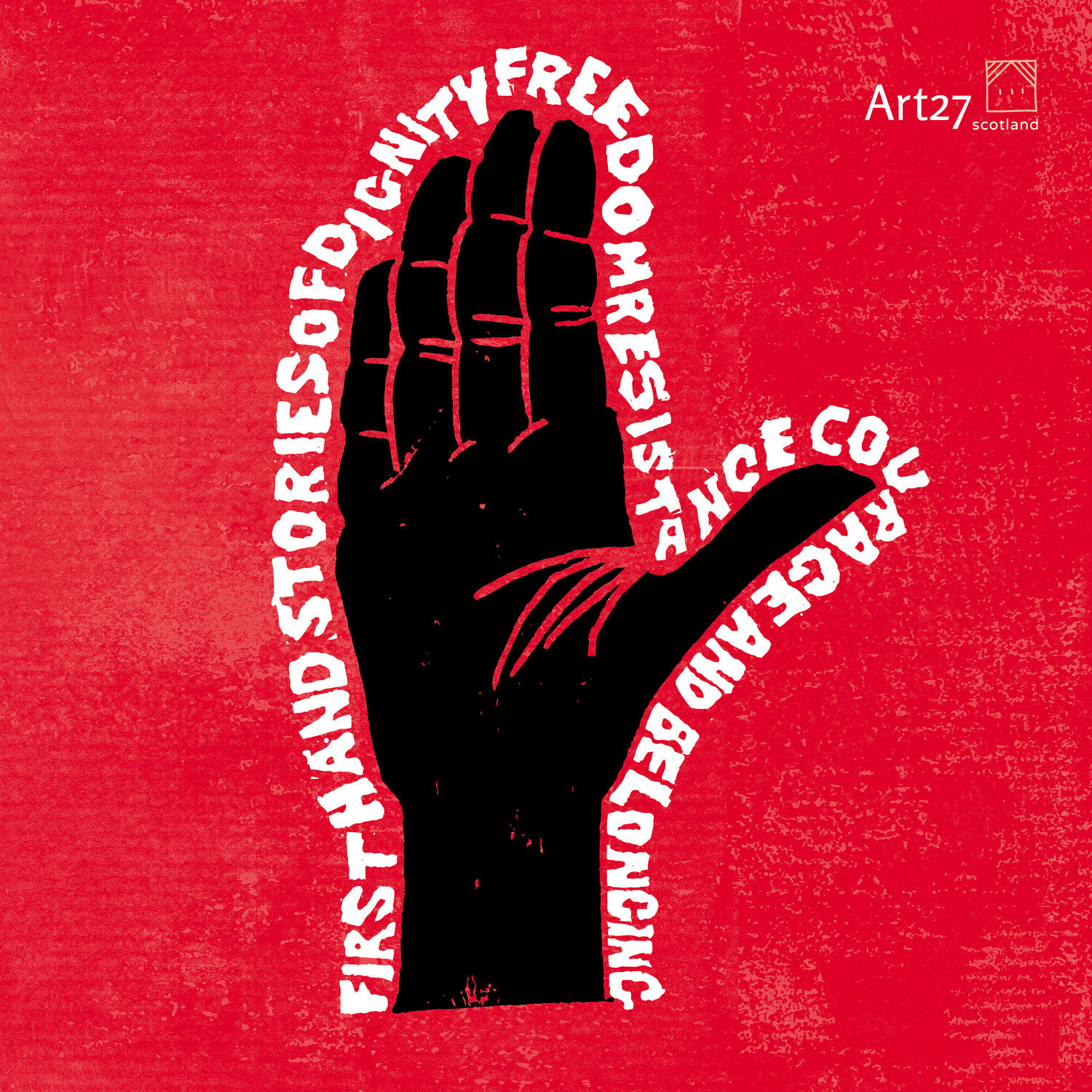 As the Scottish government seeks to incorporate Cultural Rights into Scottish Law, ART 27 Scotland presents a short season of work exploring the relationship between Theatre and the Arts, Human Rights, and the expression of Cultural Rights in practice.

Award-winning writer/director Robert Rae, Co-Director of ART27 has developed two new theatre pieces collaboratively with Edinburgh based artists to explore how verbatim theatre can present Human Rights concerns to new audiences. ART27 also presents a work Rae developed pre-pandemic, when artists in residence with Derry Playhouse, telling the stories of those most impacted by the Conflict around the Irish Border. The plays are presented with care and affection and reflect the courage and good humour of those involved.

SABER CAME TO TEA; developed by Rae with Yemeni artists-in-exile Saber Bamatraf and Shatha Altowai, the play fictionalises the story of a new husband ‘s first visit to his wife’s home in a culturally conservative part of Yemen. Shatha and Saber, despite credible death threats, refuse to stop working together. The play seeks to explore the tensions between the contemporary aspirations of women in a country where war has polarised society, while avoiding the Islamophobic cliches that seek to prolong that war. Shatha is a John Byrne award-winning visual artists and Saber a composer whose music presents the melodies and rhythms of Yemen in a way that seeks to reach European audiences. Saber presents his music in the play which is performed by the couple along with Arabic speaking Edinburgh residents (many of whom featured in Theatre Workshop’s award-winning film “TROUBLE SLEEPING”).

THE HEART OF THE INCIDENT; developed by Rae with writer/performer Ghazi Hussein and his friend and fellow Palestinian activist, Dr. Issam Bassalat. The play focuses on the recent experience of Scottish Citizen Dr.Bassalat who was held for 16 months in a top security prison in Belfast, having been lured to a meeting of the Real IRA by a man who has now been publicly acknowledged to be an MI5 agent. With the welcome return to the stage of Helen Trew as the lawyer, Hussein plays his friend Dr.Issam, as they explore the human rights concern in a justice system where security considerations dominate. Despite major back surgery and a heart attack Issam remained incarcerated for 16 months and still awaits a non-jury trial in Belfast.

BLOOD RED LINES is a powerful and poignant piece of verbatim theatre, that brought standing ovations when it played in Belfast, Dublin, and venues along the Irish border. Participants share their personal stories of some of the very worst of the violence committed as a direct result of the Border, and for the first time the impact of the violence in Dublin is acknowledged.  First developed by Rae while international artist-in-residence at Derry Playhouse, as part of the Peace Process, the play has been waiting for an opportunity to resurface post-pandemic. Art27 and the cast feel passionately that the play presents an important perspective that needs to be heard at a time when the threat to the Good Friday Agreement posed by the failure of the negotiations between the EU and the British Government could have terrifying consequences for Border communities. One of the participant’s stories, Mary Casey, whose father was murdered in an IRA bomb attack on a Border Customs post, was taken into negotiations by Leo Varadkar and is acknowledged to have been the deciding factor in securing the backstop. The play features three new songs by the musician and peace activist, Tommy Sands.

In line with Art27’s commitment to Cultural Rights the plays include the first languages of the participants, presented with sub-titles for English speaking audiences.

Presented as a short season of breakfast plays – with coffee/tea and a pastry included, the plays are at ZOO Southside at 10.30 am each day.  SABER CAME TO TEA 6/7th August, THE HEART OF THE INCIDENT 8/9th August and BLOOD RED LINES on August 11/12th.

Rae is one of Scotland’s leading practitioners of socially engaged theatre and film.  For many years Artistic Director of Theatre Workshop, winner of two Fringe First Awards and a BAFTA for his community engaged feature film created in collaboration with Hussein TROUBLE SLEEPING for the BBC.  Hussein and Rae have collaborated now for nearly twenty years. Hussein is a poet and performer whose critically acclaimed work expresses the soul of the Palestinian experience at home and in exile. Ghazi, a British citizen, was repeatedly tortured for his work as a Palestinian poet when exiled in Syria. Rae and Hussein are currently resident artists with Art27.

Press is welcome to cover the event in a non-reviewing capacity (including no star-ratings). Please contact info@art27scotland.com to arrange this.

Art27scotland is an Edinburgh-based non-profit Community Interest Company. It is inspired by Article 27 of the Universal Declaration of Human Rights, which states that ‘Everyone has the right freely to participate in the cultural life of the community, and to enjoy the arts.’ Art27scotland is focused on exploring the powerful and sometimes conflicting relationship between our shared human and cultural rights.

Art27scotland is distinctive in Scotland, as it articulates global shared experiences through its locally-based international Artists in Residence.  It aims to celebrate our connectedness to the rest of the world and develop empathy, listening and learning from others’ lived experience.  It wants to share this exchange through art in order to stimulate broader democratic discussion and exchange relating to the rights of artistic expression, cultural participation and cultural democracy.

Art27scotland is part of the Culture Collective and funded by Creative Scotland.

ZOO is an independent venue with a commitment to programming outstanding shows from across the totality of contemporary performance.